Will you gain weight only because you eat more and move less? In fact, there are many reasons for obesity, not just eating more and less moving. However, among the many causes of obesity, the following are the most incredible, and they are often hidden in life. Please review your life and stay away from the following events that can induce obesity. 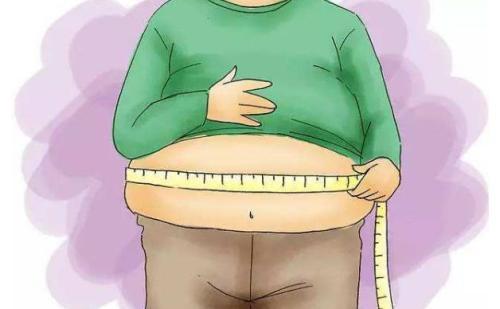 Many people have had the experience of skipping breakfast when losing weight. However, many previous statistical surveys have shown that people who do not eat breakfast are fatter. What is going on? A study published in PLOS ONE in February 2018 gave an answer. It is believed that postponing the meal time of breakfast will disrupt the body's biological clock and become a body that is prone to accumulate fat.

When stress builds up, a hormone called cortisol is secreted in large quantities. Cortisol will promote muscle decomposition, not only easy to cause the body to loosen up, muscle mass decline, but also affect the metabolism of the whole body, resulting in a continuous decline in the rate of basal metabolism. Over time, it will become obese, and it can also make the body become obese.

3.Sedentary into a habit

Daily office workers need to sit for a long time, but they should also make full use of their rest time and intermission to reduce their sedentary time. Sitting for long periods of time not only brings us the problem of obesity, but also affects your intestines and stomach. You will find that your intestines and stomach are weak in digestion, and it is easy to make people feel weak, prone to belly and elephant legs. There are people in life who don't like sports very much. There are people like this around the author who don’t like exercise and let them eat all the time. As a result, a girl weighs 160 kg. She is now very weak and sick. As long as she goes out, she is prone to catch a cold and fever, let alone lose weight. She is in the stage of self-giving up. Therefore, people who do not like to exercise are not only obese, but their immunity will also decrease.

It is said that dieting is an effective way to lose weight. In fact, it is not. Not only can not eat not promote fat burning, but it may also cause overeating due to the inability to tolerate hunger and hunger, which will eventually lead to regaining weight.

In addition, dieting can cause a heavy burden on health. When health is impaired, the body's metabolism will also slow down. Very easy to accumulate fat will also promote the formation of fat physique.

The process of converting fat into energy requires the participation of vitamin B family and a variety of trace elements. The lack of these intermediate links will inhibit the decomposition of fat and cause the accumulation of fat in the body. The trace element zinc is a component of hormones such as insulin and a component of enzymes required for the metabolism of carbohydrates, fats and proteins. There is an imbalance in the intake of vitamins and trace elements in overweight and obese patients. For example, the intake of vitamin B2, vitamin A, and zinc cannot reach RNA/AI. Therefore, it is recommended that overweight and obese patients eat foods rich in antioxidant nutrients such as vitamin B family, vitamin A, zinc, etc., such as whole grains, eggs and milk.

What is the relationship between sleeping and weight loss? Sleeping late is also a cause of obesity? Yes, go to bed every night-insufficient sleep can easily lead to obesity. First, adequate sleep can promote the secretion of leptin, and vice versa, it will weaken the secretion of leptin. Once the leptin in the body is insufficient, it will reduce the rate of metabolism and increase the desire to eat, which is not only bad for weight loss, but also leads to serious obesity. In addition, going to bed late will extend the time interval from dinner to sleep, which can easily induce dietary desires and increase the possibility of eating supper, which can easily lead to obesity.

Who said that only eating more and moving less can induce obesity. The above-mentioned disapproving lifestyle habits are also the main factors leading to obesity. Don't always think about the old-fashioned methods of restricting food and increasing exercise to lose weight. Developing good habits can also avoid obesity and promote fat burning.